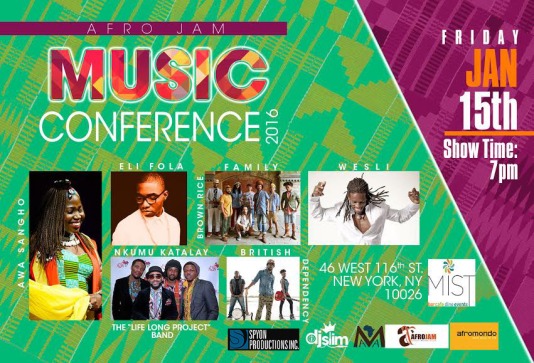 Discover Wesli : Haitian born star, anchored in Montreal since 2001, this multi instrumentalist singer-songwriter has been crowned “the strongest world creature Montreal presently has to offer internationally” by Alain Brunet, in La Presse. Be it in an acoustic trio formation (guitar, voice and percussion) or with his big band, Wesli consistently delivers a rich, festive and uniquely engaging sound. He conquers the heart of his audience through universal messages of hope, truth and peace and complex musical arrangements fusing dancehall, reggae, afrobeat, rara, konpa, funk, merengue and jazz. With four strong albums, Kouraj (2009), Liberté dans le noir (2012), Ayiti Étoile Nouvelle (2015) and ImmiGrand (2015) the independent artist travels from one international scene to the next building on successes such as Radio-Canada Revelation 2009-2010, Babel Music Med 2010 Award in France, as well as Galaxie Rising Star 2011 in Ontario. Each of his albums also cumulated various mentions, namely: simultaneous Top 10 World Albums on iTunes (ImmiGrand #1 and Ayiti Étoile Nouvelle #7); ADISQ Gala Nomination – Best World Music Album of the Year 2012, Top 25 Best Album of the Year 2011 and Top 3 World Music Album of the Year (Liberté dans le noir); as well as Canadian Folk Music Award Nomination – World Music Album of the Year 2009 (Kouraj).

Awa Sangho’s earliest memories are of a childhood in which song has always been her response to life observations. She was raised in a community called Dire located in the Southern edge of the Sahara in Northern Mali, about 70 kilometers south of Timbuktu. This region of West Africa is noted for a diversity of world-class musicians and singers. The influential tinge of this regions sub-cultures shaped Awa, initially through song and dance as a child, through pursuit of performance in school, and exposure to the radio…where Awa was often found listening, singing, and discovering what makes each singer’s voice distinctive.

Visit website for more about Awa Sangho “the Golden Voice”

Born in Kinshasa, the capital city of the Democratic Republic of Congo where he spent one half of his life before moving to New York City USA in 1996, music became Isaac’s path to navigate the world. With a family of traditional healers, and faith varying from Christianity to Islam, music is Isaac’s corner stone, which holds fragments of his identity together.

Elijah Afolabi (Eli Fola) is a Nigerian born vocalist, saxophonist, DJ and Music Producer. He started music at the age of 9, while attending church with his parents in Nigeria where he joined the children choir, and started learning to play different musical instruments such as local African drums, congas, piano, and eventually settling with the saxophone. Eli is presently the Leader of the New York City based world fusion band known as Dahka Band alongside Algerian Drummer Fathi Tabouche (Toto).

Hailing from the British Isle of Anguilla, British Dependency brings Root, Heart and Soul to Reggae music by fusing various genres with their three piece ensemble, drum, guitar and bass. Their unique and eclectic sound appeals not only to those with a discerning musical palate but also those who are avid reggae fans.

Adding to their vintage sound is a fresh take on the overall feel and look of the band which consists of Anguilla’s first female bass player, Joyah along with drummer, Jaiden and lead vocalist and guitar player, Ishmael. Pat McKay, Program Director at Sirius XM Radio, remarks, “It’s exciting to get to know the group who at this point in their growth already have much of the tangible – they make original music – and intangible factors – multiple-creative-skills, looks, intellect – separating them from the pack. As we await the release of their album debut, I feel very hopeful this group represents where the music is heading so get on board!”

The Band lives by the mantra, “Creating music that reflects originality, talent, togetherness, bravery and wisdom. Our Music, Our Future, Our Independence“ and with that they continue to push the boundaries and open new roads of empowerment and forward-thinking.