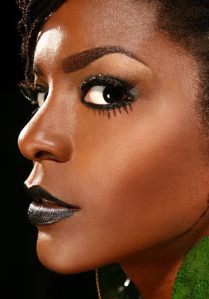 Eliza popularly known as “Eliza B.” Born in the city of Erie in northwestern Pennsylvania, Eliza was raised in Mississippi, and she has since cultivated alternate versions of herself: Poet, Emcee, Former radio/tv personality, Singer, Model and Actress.

The multitalented Harlemite is a fierce believer of indulging as many as forms of artistic self-expression as possible. She has performed on several stages including the… Nuyorican Poets Cafe and very soon, Harlem’s own Silvana.